Following a personal family tragedy several years ago, I became dedicated to the cause of promoting safe driving among teenagers. Since that time I have addressed many school assemblies at districts in Butler and Allegheny Counties. I have written a flier for the Regional Highway Safety Project, which is a federally funded program contracted through the Pennsylvania Department of Transportation. I have also done volunteer work for the Teen Driver Work Group, Teen Safe-Driving Competition, and the Pennsylvania Department of Transportation. I am currently doing volunteer work at Highmark Caring Place (a support group for families dealing with grief) and working with local law enforcement and District Judge Wayne Seibel as the coordinator of "Teen Save Driving Initiative" (an alternate sentencing program for teenagers that are first-time offenders).

I have addressed hundreds of teenagers at assemblies, regarding the merits of safe driving. This was such a personally rewarding experience that, in 2003, I obtained my teaching license, and subsequently elected to retire from AT&T (after 30 years service) and become a driving instructor. I was initially hired by AAA (American Automobile Association), and when AAA stopped providing driver education I was hired by Safe Drive Technologies, and then by Kennedy School of Driving (for whom I began the driver education courses at both Butler Area and Seneca Valley school districts in 2004). In 2005 I began my own company, and named it Driving In A New America, or D.I.A.N.A. (after my daughter). Since then I have conducted dozens of classes for the two school districts. These classes have also been supplemented by classes held at the Evans City Library

Besides myself, the other instructors for D.I.A.N.A. now include my daughter Kelli Tritt, and my son-in-law, Fred Tritt. We are all state certified instructors with Act 34 and 151 clearances, and have a strong motivation to help produce safer drivers of all ages. We are personally dedicated to the cause of improving driving safety in general, and among teenagers specifically.

Articles about our class have appeared in the following publications:
NOTE: The last four were written when I was with a different driving school. 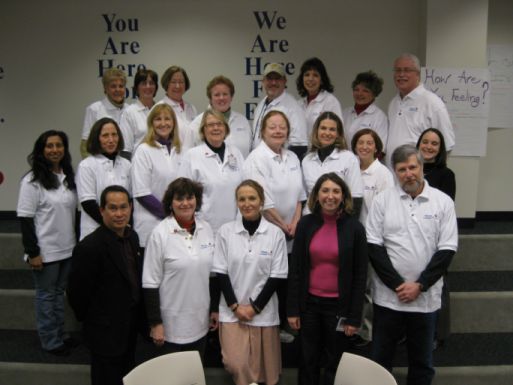 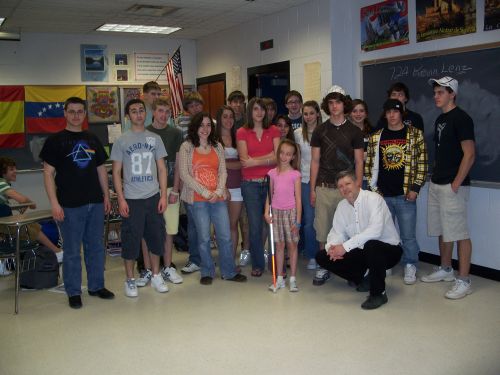 Kevin Lenz and his students presented Lexi Smith with a check to help with her journey of hope! 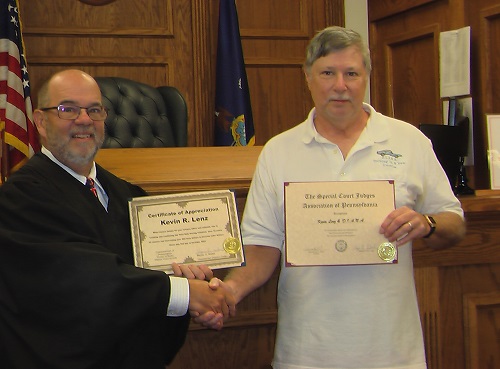 Judge Wayne Seibel and I first originated the “Teen Safe Driving Initiative” class for young traffic offenders in 2006. 15 years, 35 classes and 504 students later, the final class was conducted on October 2 at the Evans City Library. Judge Seibel honored me with two awards that day. One award was from the Special Court of Judges Association of Pennsylvania “For Outstanding Service and Dedication to the Community and Citizens of the Commonwealth of Pennsylvania”, and the other was a “Certificate of Appreciation” from Judge Seibel personally. I congratulate Judge Seibel on his pending retirement, and feel honored that God permitted us both to do His work and reach these young lives.

"To whom much is given, much is expected"